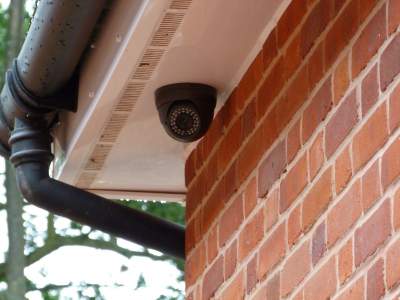 No one likes to think of their community as a crime hotspot, and to a degree, here in Bishops Stortford, we’re quite lucky.

Between March 2017 – February 2018, there were 254 recorded cases of burglary, which is lower than the UK average, but it still means an overall increase of 7.15% from the previous year – bucking the national trend toward lower crime stats.

We understand that you don’t want to live in a Fort Knox style home, but professionally installed CCTV cameras can make a burglar think twice before entering your home.

CCTV – What Difference Does It Make?

Long gone are the days where a CCTV image would show you an indistinguishable blob of pixels, that may or may not be up to no good, today’s systems offer HD picture clarity, night-time viewing (without the need for illuminating your garden like a sports stadium) and of course, discretion.

Research tells us that 31% of would-be Burglar Bills will pass on a home fitted with a CCTV system, choosing instead to target something with less risk, and relying on an alarm system only works when you remember to set it, which a third of you don’t.

You should also know that homes with no security measures in place are 5 times more likely to be burgled.

We know that the majority of burglaries are opportunistic, and let’s be honest, a decent CCTV system alone isn’t going to stop someone from entering your home; other than the visual deterrent, it won’t bar the door or window.

However, when integrated as part of a modern home security system, the chances of burglary decrease significantly, but should the worst happen, the evidence from your camera could help secure a conviction – in the Bishops Stortford and Sawbridgeworth neighbourhood, just 2.49% of burglars made it to court, thanks to lack of evidence.

In fact, only 1 in 10 burglaries are solved, and just 5% of the 2.1 million burglaries throughout the UK over the last 6 years ever resulted in someone being charged, leading to just 7% of valuables being recovered.

Of course, we can use statistics to paint any kind of picture we want, but the reality is that crime is on the increase. Whether that’s down to a fall in Police numbers, (the Bishops Stortford and Sawbridgeworth neighbourhood policing team has more PCSOs than it does PCs) or just an increase of baddies, no one actually knows.

The reality is that even such crime as dog theft has increased by more than a fifth over the last two years, it seems that nothing is sacred, and you need to try and prevent becoming a statistic (unless that statistic is to do with winning the lottery or similar).

Innov8 Security has been trading since 2010, although our director has been in the home security business for close to twenty years. We aren’t in the business of upselling for the sake of it, nor will we recommend a product if it won’t suit your need.

Innov8 Security works to a strict Code of Practice, we promise:

If you’re looking for a professional CCTV camera system, we cover Bishops Stortford, Hertfordshire and Essex. Call one of our professional team for advice, we will only ever treat you with courtesy and respect.

How To Keep Your Rural Property Safe

Living out in the country is many people’s dream, but there are lots of security…

Intelligent Safety Solutions for our Schools

How to keep elderly parents safe at home

For many people, having elderly parents living some distance away can be a worry. Even…